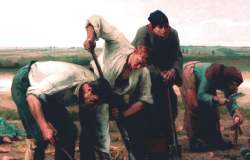 For a short while, I hung out with a crowd of people who spent money at a level that I could scarcely comprehend. They would go out every night after work and drop a lot of cash, they would all dress exquisitely, and someone had a neat new gadget or item to show off seemingly every week. We would sit around a big table every night after work, knocking back rum and Cokes (and never the cheap rum) and talk about everything from politics to Proust.

Except we never talked about personal finance. That topic was as off limit as possible. The second it was mentioned, the table would get quiet, and then someone would mention the latest Wes Anderson movie or something and then we’d all be off and running on a different topic.

I didn’t realize it at the time, but the real truth of the matter was everyone at that table was in debt at least up to their eyeballs, even though their actions and personas created an air of having plenty of money.

The scary part is that I hear a variation on this story from many people my age – from both personal acquaintances and also readers of The Simple Dollar. Quite often, the person has woken up to the idea that they need to get their money in order, but they’re still surrounded by a social circle that spends like there’s no tomorrow. Even worse – they feel as though they have to stay in with this group because of social requirements related to their job.

If you find yourself in this situation – in a social circle that you’re tied to, but the spending is just out of control and in opposition to your values – here are some tips for handling it without bucking the trend.

Find subtle ways to chip away at the spending. If everyone goes out and orders expensive mixed drinks, order a rum and Coke with cheaper rum in it and nurse it instead of knocking it back. If you can buy a cheaper drink at 60% of the price and then nurse it through two rounds, you’re only spending 30% of what you were spending before and are still able to “go out with the gang.” You can also look for less expensive meals if you dine out – try eating a salad and say you’re dieting, for example.

Buy clothes that mix and match well. You don’t need to hit the Wal-Mart discount rack to start saving on clothing. Buy high quality items, but focus on the ones that can match a lot of other clothes. This is much easier for guys than for gals (from what I’ve been told), but even guys can jump on great deals on a pile of khakis and then accrue shirts that match well with a lot of them. Remember, if you’re a guy and have three ties, three shirts, and two pants that are all mix-and-matchable, that’s eighteen distinct outfits. Thus, you can dress very well and not blow tons of money.

Save up to buy items rather than putting them on a credit card. I usually recommend cutting out as much frivolous spending as possible, but if you must occasionally buy new gadgets or the like, save up for them and pay cash instead of putting them on the plastic. Let’s put it this way: if you want to buy a $600 item, you can save $25 a week and buy it in 24 weeks (and have earned a bit of interest in the process), but if you put it on a credit card with an 18.9% APR and make only $100 a month payments, you’ll have to pay about $50 more in interest. That’s real savings.

Learn to live frugally when you’re not around the gang. If you’re still purging too much money because of these social requirements, look for opportunities to live cheaper in other aspects of your life. There are countless ideas for this; just visit the frugality category here, and check out the five minute finances for some other quick tips along those lines.

You don’t have to give up an important social situation just because it’s expensive – just be sensible about the money you’re spending and look for ways to maximize your value.