Coupons and Deals Home and Life 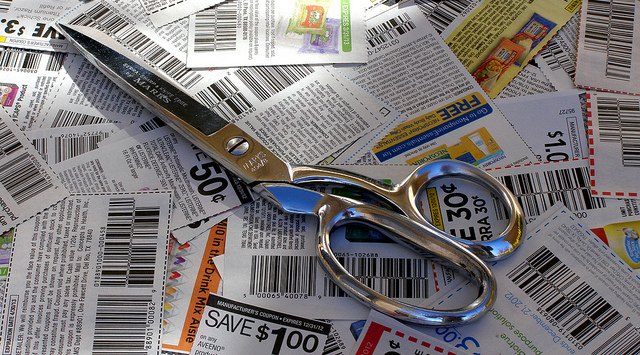 Consider what an hour of your time is worth before devoting too much of it to coupons. Photo: StockMonkeys

I’ve been on a quest this year to drastically reduce my grocery spending. I’ve taken extreme measures to save on food, from going vegetarian for weeks on end to eating a ridiculous amount of split pea soup. So far, I’ve been able to cut my spending to only $50-$60 a week for a family of four, and I’m always looking for new ways to cut costs.

However, there’s one thing I haven’t done when it comes to saving money on groceries, and that’s clipping coupons. Sure, I save a little bit of money here or there if a coupon is stuck to the actual product or if there is one readily available from the newspaper, but I don’t actively seek them out.

There are many reasons for this, and many reasons why coupon clipping might not be right for your family either. Here are some examples:

1. Too Much Time Commitment

Okay, I admit I love watching “Extreme Couponers” just as much as the rest of you. However, many of the people on that show spend hours and hours and hours of their week clipping coupons. In fact, I would argue that even though they got their groceries for free, their hourly rate for “working” toward those free groceries is abysmal.

Sometimes coupon clipping won’t work for families because, if they did it the right way to score lots of free groceries, they wouldn’t have time for anything else. I mean, clipping coupons for 30 hours a week isn’t worth it to get 200 free boxes of Tic Tacs. I value hours and hours of my time more than a week’s worth of groceries, and you should, too.

2. Coupons Are for Packaged Items

Coupons, more often than not, are for packaged items that are not the healthiest choices in the world, and I know that many families really do try to cook balanced meals for their kids. There are plenty of coupons out there for Gushers or chips or cereals that are high in sugar. Meanwhile, I’m sure they exist, but I’ve never used a coupon for a bunch of bananas.

As part of my goal to save money on groceries, I’ve cut out many of these packaged items. I’m trying to stay away from food that isn’t good for me, both for my health and my family’s. No judgment if you love Gushers, because I also happen to be a fan, but I just don’t want my kids eating them at this point in their lives. They are only 1, after all!

Extreme couponers love to brag about their stockpiles. So even if you don’t want to clip coupons, be sure to befriend someone who is, in case zombies take over the Earth.

Many extreme couponers have more food than they need for a good five to 10 years and they keep adding to the stockpile. They make entire rooms in their houses look like grocery stores, and I have to say it’s pretty impressive.

Again, it’s admirable that they are able to save so much money and get so many items for free for their families, but I don’t have room in my 800-square-foot apartment to even have an extra pack of toilet paper. In fact, my husband tried to subscribe via Amazon for toilet paper and paper towels, and there were too many of them to fit in our closets, so we are back to buying one pack at a time.

If you have the space to create a stockpile and the time to devote to coupons, great, but I know that many families have trouble with storage space, and that’s another reason why couponing might not be great for your family.

Overall, I have a lot of respect for the parents who spend so much time every week trying to get free food for their family. But above anything else, I really value my time more than that. I would rather pay for groceries than spend double the time trying to clip enough coupons to get them for free.

To each their own, though, and if you’ve had success with coupons, I’d love to hear about your experience.