If you live in one state and work in another, you’re probably used to filing a multiple-state return. But as more people work remotely because of the pandemic, the process can get complicated next year. The question is: will you have to pay taxes in both states if you’re not commuting to work? The answer is, maybe.

“If you’re working in a different state than you usually do, you may also be subject to additional taxes this year,” says Stephanie Ng, CPA. “Each state has a different state income tax, tax withholding requirements, and corporate income obligations.”

Filing a multiple-state return is already complicated, and the pandemic has made it worse. A provision of the HEALS Act proposed by Senate Republicans does aim to make things easier and consistent across all states, but workers have to wait and see if Congress passes such a relief.

What if you live in another state?

When you work across state lines, you typically receive a tax credit to avoid double taxation. However, seven states have implemented a “convenience rule” that will deny those credits and tax people even if they aren’t commuting. We haven’t yet heard from these states on how they plan to address the increase in remote workers.

States that have convenience rules:

But, not all states are requiring workers to pay its remote worker tax if they relocated because of the coronavirus.

“Whether the worker will have to pay two state taxes depends upon whether the states can agree on which state has the right to tax the worker,” says Tim Yoder, Tax and Accounting Analyst at FitSmallBusiness.

Yonder says that “since the states can’t agree on who should be entitled to the tax, the worker will have to pay taxes to both states.”

What if you’ve temporarily relocated?

Some may think they can save money on their taxes by temporarily relocating to a lower tax state. Unfortunately, that’s not how it works. You will still be taxed by your resident state since that’s where your primary residence is located. So, working at your parents’ house or vacation home in Florida doesn’t mean you’ll miss out on the taxes for your home state –– even if you haven’t been there for months.

If you decide to permanently move to the lower-tax state, then you would save money. For reference, no personal income tax states are Alaska, Florida, Nevada, Texas, South Dakota, Washington and Wyoming.

How you can prepare

For those who are no longer commuting across state lines, taxes will be a handful this year. While some states will treat remote work as normal office work, others haven’t made such claims — leaving workers to wonder about their deductions.

The next stimulus package could potentially include provisions that simplify the process. So, workers should keep an eye out for congressional updates that will directly influence how you file your taxes next year and stay up to date on all progress made.

[ Read: How To Get Help With Your Taxes While Social Distancing ]

It’s also a good idea to start gathering any documents you need so the filing process goes smoothly. “It feels like everything related to the global pandemic is uncertain, but your 2020 taxes don’t have to be. If you’ve been working in a different state than you typically do, be sure to consult your accountant or CPA to tackle this issue,” says Ng.

Although tax filing solutions may come in the next stimulus package, there’s also a chance that simplification won’t come. Which means it will be up to you to file the correct information. Contact your employer, accountant or anyone who can help you make the process easier and accurate.

Stephanie Ng is the Executive Committee member responsible for Finance at New Sight Eye Care. She began her career as an investment banker at Lehman Brothers in New York and Morgan Stanley in Hong Kong. Stephanie is also a published author of the book, How to Pass the CPA Exam.

As a certified CPA with over 25 years of accounting experience, Tim earned his Ph.D. from the Pennsylvania State University and is an expert when it comes to bookkeeping, accounting, and also QuickBooks ProAdvisor. 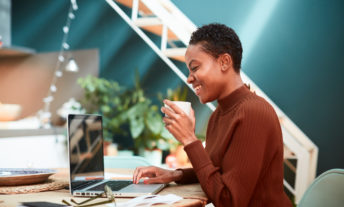