The passage of the Tax Cut and Jobs Act of 2017 will have a variety of ramifications for the upcoming tax filing season, many of which are yet to be fully understood by taxpayers.

Among the changes that has remained somewhat under the radar is the impact the new tax law may have on charitable contributions made by individuals, particularly those who are seeking a deduction for such donations.

While the sweeping tax reform package left the charitable deduction itself intact, other tax law changes may reduce one’s incentive to claim the deduction moving forward.

Specifically, the standard deduction has been raised substantially — almost doubled — and is now $12,000 for individuals and $24,000 for married couples filing jointly.

With such a significant increase in the standard deduction, far fewer taxpayers may find it worthwhile to go to the trouble of itemizing, which in turn may discourage charitable giving in the first place.

The Tax Policy Center estimates that the standard deduction change will result in a 59% decrease in the number of households that itemize their tax deductions — a drop from 46 million households to just 19 million.

Meanwhile, a report from Fidelity Charitable noted that more than 37 million taxpayers claimed a charitable giving deduction on their 2017 taxes, and that many people are still working through how the tax law changes will impact them.

While Fidelity’s research also shows that American’s are still very committed to supporting charitable causes they believe in, many taxpayers may not fully understand how the new reforms will impact them and are unaware of strategies that may help them keep the tax deductions they’re expecting while maintaining their charitable giving. The report concludes by noting that the jury’s still out on the true impact of the Tax Cuts and Jobs Act changes.

“The change is particularly concerning because there are so many nonprofits that are already overstretched and even a small decrease in donations could have devastating effects for a small nonprofit and the people they serve,” said Rick Cohen, chief operating officer for the National Council of Nonprofits, the largest network of nonprofits in the country with 28,000 members. “At a time when 57% of nonprofits were already unable to meet demand for services and 50% had three or fewer months of cash on hand, even a small decrease means [more] people that nonprofits won’t be able to serve.”

Experts say there just aren’t a ton of workarounds for those who no longer need to itemize but want to continue getting that tax deduction for charitable giving. But there are a few options to keep in mind.

One of the simplest strategies in response to the increased standard deduction is a tactic known as “bunching.”

As the Fidelity Charitable report explains, bunching — sometimes called stacking — is where taxpayers “bundle multiple years of tax deductions into one year to surpass the standard deduction threshold and receive greater tax savings.”

That means making two years’ worth of contributions to a charity in one calendar year. In essence, you’d make your normal annual contribution to the charity (or charities) of your choice, and then also prepay the subsequent calendar year’s planned donation in December of the same year.

The idea is that doubling up on deductible contributions in one year can make it worthwhile to itemize your taxes that year, and then you’d simply take the standard deduction the following year, with no deductions for charitable giving.

As it turns out, according to Fidelity Charitable, only about 30% of itemizers have heard of bunching or stacking. That means a significant 70% of donors who have itemized tax deductions may be missing out on this approach to maximize their tax savings.

Fidelity Charitable has also created an online interactive Charitable Giving Tax Savings Calculator that allows users to see how accelerating giving via the bunching strategy can help them save more.

“This type of account is set up specifically for charitable giving, and it enables the person to claim a large charitable donation upfront and have the fund dispersed to the charity over time,” explained Doherty.

Here’s how it works: A donor advised fund is an investment account established at a public charity. Donors can make a substantial charitable contribution — of cash, stock, or real estate, for example — when creating the account and receive the tax deduction immediately, but the money does not have to be disbursed all at once. Rather, the donor can recommend grants from the fund over time as the money grows tax-free in the investment account.

Employing the bunching approach with this type of fund is another way to help push deductions high enough to make it worthwhile to itemize rather than taking the standard deduction, experts say. Once again, bunching your charitable giving would mean making multiple years’ worth of gifts to the fund, all in one year — except in this scenario, you could then disburse those funds gradually on a longer timeline.

“A donor advised fund enables you to do that bunching strategy really well,” said Amy Pirozzolo, head of donor engagement for Fidelity Charitable, the largest donor advised fund provider in the country, holding 108,000 accounts. “If you were going to give a couple thousand dollars to charity, it allows you to give it all at once and get the maximum tax deduction for it.”

Cohen, of the National Council of Nonprofits, says there are some indicators that giving is already down this year versus last. But it’s hard to make any certain assessment just yet, as a large percentage of giving happens during the last couple days of the year.

And with regard to the impact of the new tax law, this year may not even tell the whole story. “We’ll see even more indicators next year because people haven’t gone through a tax filing season yet under the new law, and most don’t know how the new law will affect them. Once they get through that, we’ll really start to see the effects.”

Like the financial experts interviewed, Cohen suggests that bunching is the most effective response to the standard deduction change. For people who don’t have thousands of dollars to bunch, but were simply smaller donors who gave a few hundred dollars here and there, he hopes they continue to prioritize their support of important causes, even if it doesn’t come with any tax incentive.

“My tip would be, continue to think of the people being served by those nonprofits and keep them in your heart and mind as you’re making financial decisions,” Cohen said, noting that for many small local nonprofits, their bread and butter is those mid-level contributions.

And he noted, many of those mid-level contributions are likely coming from the approximately 27 million households that will no longer be itemizing on their taxes as a result of the tax law changes.

If enough of those donors who used to give $100 to local animal shelter and another $100 to the local soup kitchen decide to reduce their gifts to $50 in response to the deduction loss, and you have 100 or 200 donors cutting their contributions in half, then suddenly a small nonprofit is losing a substantial sum of money for its operating budget.

“The nonprofit world is concerned but optimistic,” Cohen added. “We’re optimistic because we believe in the generosity of people and we know that many people make contributions not because of the tax deduction but because they believe in the work a particular nonprofit is doing. The question many have, is whether people will continue to give as much as they used to. People give because they believe in the mission. They give more because they’re able to get that tax deduction. But when you take that tax deduction away, you take away the incentive and the ability to dig a little bit deeper. That’s what many are concerned about.” 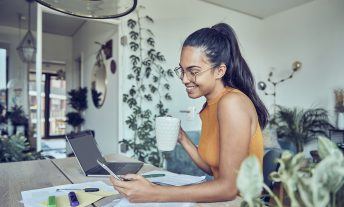 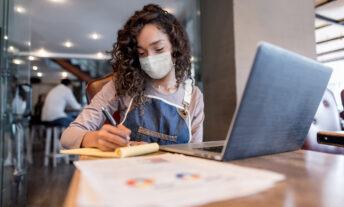 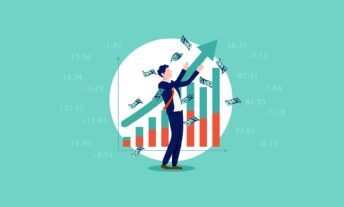