Jobs numbers are improving, and the stock market is doing well, but millions of Americans are still in need of assistance. Federal unemployment benefits expired a few weeks ago. These benefits provided people with an extra $600 a week to help get them through the pandemic. And as work on a new relief bill has stalled, Democrats and Republicans remain far apart on a variety of issues.

The August recess means new legislation isn’t likely until sometime in September, at the earliest. Not wanting to wait, President Trump issued a series of executive orders, including one that would encourage businesses to stop collecting payroll taxes.

Trump’s payroll tax order would mean bigger paychecks for most people — maybe. Overall, there’s a fair amount of uncertainty surrounding the president’s directive. It’s difficult to know if workers will see a bump, since employers may ignore the president’s order.

What are payroll tax deferrals?

Payroll taxes fund things like Social Security and Medicare. Most people get paid every two weeks or once a month, and in each pay period, a set percentage is taken out of paychecks and used to fill the coffers of these entitlement programs.

For Social Security, the percentage is 6.2% for those making up to $137,700 annually. Employees, regardless of income, pay 1.45% of their earnings into Medicare. Employers also pay these taxes. So, what is a payroll tax deferral?

“A payroll tax deferral is just a delay in these payments,” says Beth Logan, enrolled agent for Kozlog Enterprises, LLC. “Normally, the money is withheld from an employee’s paycheck and then paid to the government on their behalf. The money is still due, just not until 2021.”

[Read: 5 Ways to Slash Your Debt During the Pandemic]

Forgiving that potential debt would require legislation from Congress. The president said he’d push to make this happen should he win re-election.

Does this order put money back in the pockets of American workers?

The president’s payroll tax plan has caused a fair amount of confusion in the business community. Why? Well, let’s say a business decides to stop collecting payroll taxes from its workers. The president’s order runs from the beginning of September until the end of the year. What happens at the start of 2021, when payroll taxes are supposed to be collected again? Business owners are left with two unenviable choices if the money is intended to be repaid. They would either decide to try and withhold more from each of their employees’ paychecks until the debt is repaid or find some other way to get their employees to give back the money.

These are all questions without answers. Still, many Americans feel the economic pinch and relief — any relief — may be seen as welcome. As of 2018, the median annual household income in the U.S. stood at roughly $63,000. A person making this much could expect to see an additional $325.50 per month ($1,300 total) for the four months beginning in September. This money could go a long way toward helping people pay bills. Seen another way, this $1,300 could also be a huge burden at perhaps the worst time possible.

“If you defer the payment, the employee has more money today, but they are building a debt due,” adds Logan. “If you can have $50 more every biweekly pay period for the next 20 weeks, but then you owe $500 after that time, you are not in a better place. Remember, this will be right after the holidays when many people have larger credit card bills.”

Some logistics still need to be worked out

Recently, a group of business groups, including the U.S. Chamber of Commerce and the National Retail Federation, sent a letter to the White House regarding Trump’s payroll tax order. The letter expresses widespread doubt about the plan’s feasibility. The letter’s authors fear saddling their employees with additional debt and, for that reason, said they aren’t likely to participate. Instead, these groups called on the president and members of Congress to return to the negotiating table and create a comprehensive relief package.

Democrats and Republicans remain far apart on a new pandemic relief package. President Trump stepped in and issued a series of executive orders, including a payroll tax deferral. Payroll taxes go to fund things like Social Security and Medicare. The deferral could potentially put more money in American worker’s pockets in the short-term, but the short-lived benefit could cause lasting financial harm if that money is expected to be paid back. 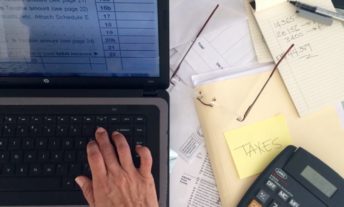